Addicted to Bass is the result of an ambitious project undertaken by Alicia Crossley in commissioning a variety of new Australian compositions for the bass recorder.  If you’re initial thoughts were that this could be a CD of charming renaissance or baroque recorder music then you will certainly be surprised, but hopefully not disappointed. The seven works recorded on the CD combine the bass recorder with various instruments including vibraphone, viola, soprano and piano, and electronics.  Only one work, Alex Pozniak’s Impulse Stream, is for solo bass recorder.

The CD notes inform us that Crossley was challenging the composers to push the bass recorder to extremes and indeed that aim has certainly been achieved.  Crossley is obviously a virtuosic player.  She is able to execute all of the required technical demands of the music and the musical intent, which can easily be lost when one is not listening to a live performance, comes across well in this recorded format. It’s probably not a CD for everyone however. It requires effort from the listener as she takes on a journey where dissonance, electronic effects and atmospheric illusion are common.

The opening piece As the Dust Settles (Tristan Coehlo) makes excellent contrast of the recorder timbre against the sustained tones of the vibraphone.  Extended techniques are used, such as:

The recorder alternates calmness with rapid outbursts of energy.

Chris Williams’ Canto Fiato is particularly effective.  It highlights the interplay between recorder and viola whilst the marimba supports with a more rhythmic role, especially in the second movement. The final movement is perhaps the most melodious track on the album. Overall this work is much gentler and exploits the lyrical qualities of the recorder.

The CD is presented in an attractive cardboard cover, however all the liner notes are included as pdf documents on the disc.  This makes it hard to read as one is listening to the CD, and is a pity as all of the composers have interesting stories, and the background to each piece adds to the listener’s understanding.  Full credit should go to Alicia Crossley for this project. The commissioning of young composers to write for an instrument that is very suitable for this repertoire is to be applauded. If you’re a fan of 21st century chamber music, or perhaps just want to broaden your musical horizons this could just be the disc for you.

Find out more about Alicia 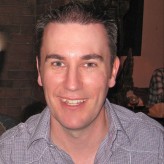 Being able to go to more concerts was one of the reasons Brad Slater moved from country New South Wales to Melbourne. When not in the audience he can sometimes be seen playing in music theatre pits, a swiss folk group, big bands or early music groups.

The 450th Birthday Bash: Dowland in the 21st Century