There was a great buzz in the audience before this show. The amazing musicians of the ACO Underground collective were going to be performing their eclectic selection of music in the comforts of a Rock music venue. An acoustically great room may be the best environment to hear wonderful musicians but there is something to be said about being able to get up anytime during the performance, go to the bar for drinks and not miss any of the music! On top of this, rumour was that Johnny Greenwood (Radiohead’s guitar player, film composer and ACO’s composer in residence) would be performing too.

The performance was led by Satu Vänskä on violin and vocals. Her between “songs” banter about the pieces of music, her experiences growing up in Japan and Finland was engaging and added to the relaxed atmosphere of the night.

Amongst the musicians of the ensemble were ACO Artistic Director Richard Tognetti on acoustic and electric violin, ex member of legendary band Violent Femmes and current currator of Hobart’s MONA FOMA festival Brian Ritchie on acoustic bass guitar, and Joseph and James Tawadros on Oud and Req.

The selection of music ranged from Bach and Paganini to Nirvana and David Bowie. Also a Johnny Greenwood piece written for the ACO called Miniature #1. Johnny Greenwood’s performance took place at the end of the first set. He performed solo a dense yet precise layer of quickly plucked melodies and chords on electric guitar with some accompaniment or processing on a laptop next to him.

It was a beautiful night of music and we can’t wait for the next ACO Underground performance. 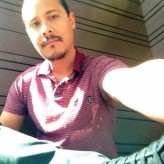 Michael loves all types of music and believes there are good and bad music in every genre. He works as a composer and sound designer for theatre and film.