Forming part of a series of reconstructions, Peres Da Costa with the Australian Haydn Ensemble, performing all of Beethoven’s piano concertos, this recording of the 1st and 3rd concertos is remarkable for a number of reasons.

Principal of these is the exacting research brought to the playing of all the instruments, that places it as close as it is possible to discern, that which would have been played by the composer and others in contemporary performances of the works.

This recording by what is perhaps Australia’s leading interpreters of classical period musicality, should be heard not simply as yet another ‘modern interpretation’ of Beethoven’s piano sonatas, nor even as a ‘period version’ of same, but as perhaps the pre-eminent, scholarly re-construction of Beethoven’s early piano works, arranged for a chamber ensemble.

The Australian Haydn Ensemble considers it not enough simply to play instruments of the period – they must also be played in the same manner and style as period players – using, for example, strings, bows and bowing techniques of the period.

Obviously, such attention to period detail also extends to the piano played by the Sydney Conservatorium of Music’s Neal Peres Da Costa – a modern copy of a well-regarded Conrad Graf fortepiano of 1819, constructed by renowned Czech-based American piano-maker, Paul McNulty. The piano features the thin soundboard typical of Graf instruments of the period, but utilising slightly thicker strings beneath the light hammers typical of the Viennese classical era, thus providing a somewhat fuller tone that nonetheless projects clearly.

The arrangements for both were produced by Vi King Lim, formerly Music Librarian at Symphony Australia and the Australian Chamber Orchestra, now Music Librarian for Symphony Services International. In producing these arrangments he was guided by the similar works and styles of two London-dwelling Italians of the classical period: Giambattista Cimador and Girolamo Masi, who both wrote arrangements of classical works in period for the ensemble heard here: two violins, two violas, single cello, with flute and double bass.

So not only are the instruments of the period, the playing style and the arrangements, too, echo as precisely as it is humanly possible to conceive, an actual late-18th Century performance of these works by a master composer of the period.

Even if you are more accustomed to hearing full orchestral interpretations – and especially modern interpretations – of the works performed, I believe you will not, as so often is the case for re-enactors of classical pieces, be put off by either the difference in tonal variation from modern pieces, nor by the subtler shading applied as it would have been by musicians of the period.

As you might expect from seriously talented and experienced musicians, this performance borders on the virtuosic – and I mean that in the simplest interpretation of that sometimes over-used term – it is simply the best modern reconstruction of Beethoven’s piano concertos 1 and 3 that you will be able to listen to, without the benefit of a TARDIS or some other time-transportation device.

So treat yourself, and order a copy from the Australian Haydn Ensemble website or through iTunes. For a seemingly tiny $25 I can promise you, at the very least, an entertaining hour and a half of beautiful music, beautifully performed. You may even agree that this Peres Da Costa and Australian Haydn Ensemble version may, in future, come to be seen as the best ‘period-correct’ performance of Beethoven’s Piano Concertos 1 and 3 in the chamber format. 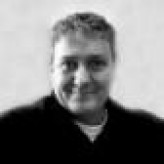 Anna McMichael and Daniel de Borah's 'In other words'