One of the admirable, indeed inspiring, aspects of the 2020 pandemic year is the number of musicians and groups who produced recordings during that time. The CD under review is one such product. ‘Two’ features Jennifer Eriksson on viola da gamba and Tommie Andersson on a number of instruments. The CD is part of the Marais Project, founded by Eriksson in 2000. Originally planned as a feature of the 2020 concert season, the works include compositions of Marin Marias, several little-known contemporaries of Marais, as well as Handel, Mozart and a movement from a piece commissioned from composer Paul Cutlan. 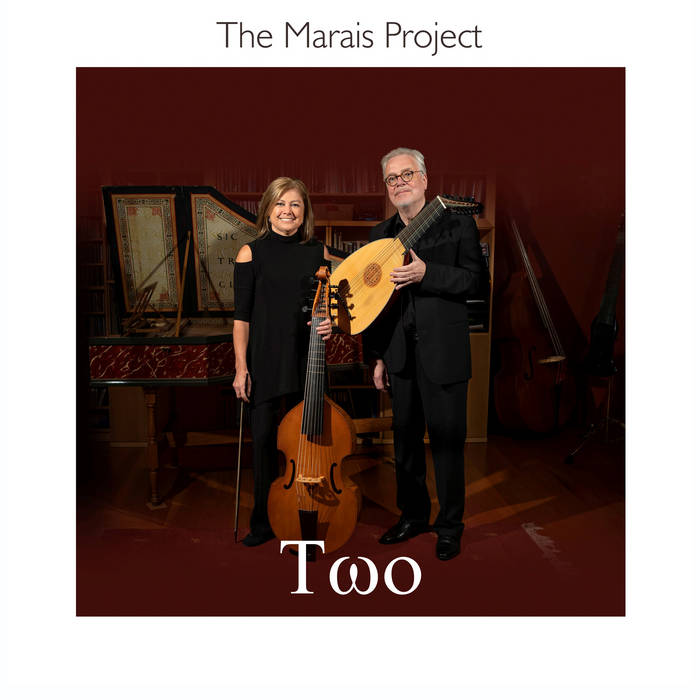 The CD is billed as an EP, and clocks in at a tidy forty minutes. The variety included within that timespan is most satisfying. The Marais Suite in A major is naturally the centrepiece of the disc. For many, the name of Marais is inextricably associated with the cult movie of the early 1990s, Tous les matins du monde. Others may not recall the name of the 17th /18th century French composer, but would instantly recognise one piece in particular from the movie, Sonnerie de Ste-Geneviève du Mont-de-Paris, which has been included on a great number of compilation and favourites discs. The Suite in A major was assembled by Eriksson and Andersson from two of the books of instrumental works by Marais for this recording. The suite gives full rein to the combination of gamba and continuo. Included are a serene and sonorous prelude, a sprightly allemande, a tuneful air which ebbs and flows delightfully, a deep and exploratory sarabande and a joyful gigue. Two fast-moving minuets have the feel of the start of something much larger and grander. Finally, a branle (court dance) forms a swift but pleasing conclusion to the work. The selection of dances makes for a convincing and enjoyable whole.

Anyone who has seen the Marais Project in performance knows the visual splendour and glorious sound worlds created by the period instruments on stage: viola da gamba, lute, theorbo, viol and others relevant to the particular works played. On this CD we are treated to two more of Andersson’s specialisations: the guitar and the gallichon, a type of bass lute popular in the 18th century. Handel’s short Sonata for a Musical Clock has been arranged for gallichon by Andersson, and is attractive and tuneful, leaving the listener wishing for more. The aristocrat Losy von Losinthal’s Pieces for Guitar are very short, the first two gentle and calming, the final gavotte picking up the pace somewhat. Mozart’s reflective Adagio for glass harmonica sees Andersson on the gallichon again.

Jennifer Eriksson’s expertise on viola de gamba is again showcased in the Suite in D minor by Jacques Lambert du Buisson, another contemporary of Marais. These danceable pieces offer a very different and rewarding sound world, with the lively and nimble allemande proving the favourite of this reviewer after repeat listening. Carl Friedrich Abel’s Sonata in G major for viola da gamba offers a slow and stately adagio, followed by a jaunty minuet, together demonstrating the full range of the gamba. Eriksson is an indefatigable commissioner of works from contemporary composers, with over thirty compositions added to the repertoire for gamba and electric gamba.

Sydney composer Paul Cutlan’s commissioned suite Spinning Forth was written for gamba and harpsichord, and he has arranged a movement for solo gamba for this disc. It is a deep and thoughtful sarabande which highlights the instrument’s full resonance. The disc is brought to a close with vocalist and violinist Susie Bishop joining the players for the anonymously written J’avais cru qu’en vous aymant from 1703. The beauty and clarity of Bishop’s voice make this a plangent and heartfelt closing number.

It is a pleasure to hear solo performances from Eriksson and Andersson, most often heard in ensembles such as the Marais Project, as well as the combined forces for the Marais and the final piece. The works selected leave the listener eager to hear more from these performers, composers and instruments.

Two is released on MOVE RECORDS

Margaret developed a deep love of classical music and jazz on frequent travels to Europe in earlier years. Having performed in a choir for 20 years, she has a great fondness for choral music, but is passionate about seeking out all styles and periods, instrumental or vocal. She is keen on supporting new music, particularly for performance by young people.

Review: Australian Chamber Choir - music that elevates your inner being