Home » Blog » Ensemble Three was an adventure through nature

Ensemble Three played to a full house in the Salon at the Melbourne Recital Centre. An unusual ensemble of a trumpet, trombone and guitar, I rather anticipated something closer to swing or jazz. Instead the concert was an adventure through nature – an inspired collection rendered anything but natural with their amplification, electronic soundscapes and sound manipulation.

The masterpiece of the evening was the first piece, Aubade composed by Harry Sdraulig. Aubade meaning dawn or early morning, it was a fantastic opening piece full of warmth and somewhat reminiscent of desert sunrises.

Joel Brennan (on trumpet) introduced the second piece, Unfold One composed by Jake Donohue, played last night for the first time to an audience. The players seemed to enjoy it more than the audience. Joel described the sound manipulation as echoes of space but I found it lead to the piece feeling disjointed and cluttered.

The audience’s attention was recaptured by an ode to corvids, Crows and Ravens composed by Jane Hammond and introduced by Don Immel (trombone).

Certainly the final two pieces; Despite Our Silent Elders (composed by Elliott Hughes) and Undercurrent 2 (composed by Katy Abbott), both introduced by Ken Murray (guitar) engaged the full attention of the audience and in addition to a standing ovation, the long and loud applause begged for an encore. 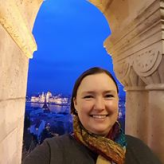