“Tutta forza” is Giuseppe Verdi’s own marking early in his Messa da Requiem score. In layman’s terms: Give it everything you got. On Saturday night, in an uninterrupted performance of the lone Requiem, the Melbourne Symphony Orchestra & Chorus, Sydney Philharmonia Choirs, and four outstanding soloists, under the masterful baton of Sir Andrew Davis, did just that.

Soprano Amber Wagner, mezzo-soprano Jamie Barton, tenor René Barbera, and bass Jonathan Lemalu, all demonstrated superb command of not only their voices, but the score’s phrasing as well. Equally impressive was the quartet’s ability to easily cut through dense orchestral textures. Wagner soared effortlessly above her accompaniment, showing off her vast range of color, while Barton stole the show with her rich voice, which was equally smooth and sonorous no matter how high – or low – Verdi asked her to sing.

The Melbourne and Sydney choirs, prepared by Jonathan Grieves-Smith and Brett Weymark, respectively, stepped up to the challenge in fine form. The combined choirs boasted a mature, warm tone in all but the softest and highest soprano entrances, and an elegantly crafted balance across all four voices. Perhaps most impressive was their superior clarity, diction, and solidarity of rhythm, particularly in a treacherous, largely unaccompanied final fugue.

The famed Dies Irae showcased the orchestra at its highest level in recent memory. Furious string and wind lines, interrupted by brutal bass drum hits, were as engaging to hear as they were to watch. An apocalyptic brass fanfare was answered by additional trumpeters on opposing balconies, engulfing the audience in sheer, terrifying, polyphonic sound. Subsequent sensitive wind playing, in particular from the principal flute and bassoon, beautifully underscored the softer solo vocal lines. Davis, quite at home conducting Verdi, showed an absolute understanding and mastery of the score, leading the 265-musician ensemble with ease.

It may be true that Verdi’s Requiem employs some gimmicks, such as bass drum solos and off-stage trumpets (which were, sadly, never acknowledged during the final bows). In years to come, some audience members may indeed remember little more of the performance than these. However, the point is they will remember, thanks to the quality of this performance by MSO et al. 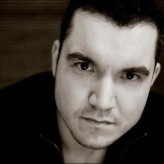 Paul enjoys a diverse career as a cellist, from Melbourne's airwaves to New York's theater stages and even Chicago's House of Blues. One of his guilty pleasures, however, is writing. It makes sense, then, that writing music reviews is one of Paul's favorite activities!