In this day and age where most things can be looked up online, it actually proved difficult to find much info about the Musician Project Orchestra. So all I can tell you is that it is organised by Daniel Dean, Sam Torrens and Max McBride and it is an orchestra made up of younger musicians-in-training and a mix of established orchestra members from around Australia and New Zealand – all of whom come together to perform stand-alone concerts of orchestral works.

And quite clearly, large ambitious orchestral works. Last year, badged as the Sydney Bruckner Orchestra, they tackled Bruckner’s 5th Symphony. Now referred to as the Musician Project Orchestra, they decided to tackle Mahler’s 9th symphony this year, also a huge work, clocking in somewhere between 80 and 90 minutes.

Despite its length, and the massive number of instruments required to perform it, the Mahler 9’s appeal lies in the fact that it sounds so personal. The theory used to go (especially if you listened to Leonard Bernstein) that the symphony was written by Mahler in 1908-09 following the death of his daughter, and being diagnosed with his own fatal heart condition. So Bernstein would argue that the opening faltering notes were the sound of Mahler’s faulty heartbeat and that the last movement represents the sound of Mahler’s dying.

As with any awesome legend about a piece of music, there are always people ready to say that it isn’t true, so the debate is still open on what the symphony is actually about. But nonetheless, it has a real emotional power to it, and that was palpable in Verbrugghen Hall on this evening. There are many moments where a truly massive sound is rolling from the full orchestra, but then other times when Mahler drops the orchestration back to just two or three instruments, as if it’s a chamber music work. So we felt connected to the orchestra as a whole, but also many of the soloists (especially first violinist Glenn Christensen, who just drew the audience into his playing).

The opening movement is the longest and alternates between three ideas:

The range of emotions contained in just this 30 minutes of music alone is incredible, and conductor led the orchestra through the beautiful ups and devastating downs without flagging for an instant. In the glorious acoustics of Verbrugghen Hall, where the volume is perfect and every detail stands out, it was amazing to hear.

Russell took the third movement at a ferocious clip, and we were left almost breathless by the end of it.

The second and third movements can be a bit tougher on the audience, because the second is a quirky send-up of folk music that starts to sound more like a carnival, and the third is a complicated piece of strange, angular melodies piled on top of each other, and some deliberately unpleasant sounds (especially from the woodwinds). Russell took the third movement at a ferocious clip, and we were left almost breathless by the end of it.

Which is what made the fourth movement shine so much. After so much amazing playing from the whole ensemble, the spotlight was turned on the strings, as they played their hearts out in one of Mahler’s most moving slow movements.

The whole thing was played with such conviction by the orchestra

The ending is astonishing. Only the strings remain (all other groups, including the double basses are now silent) playing a simple theme over and over again, but it is getting slower and more fragmented. You can easily understand why Bernstein heard the sound of dying in that music. There did seem to be a bit of a struggle in the strings to hold up the high whistling notes that feature so heavily in these last few minutes, but none of this mattered. The whole thing was played with such conviction by the orchestra, who clearly all believed in the project, that it was a truly cathartic experience. Russell paused for what seemed like an eternity after the last note played and there was barely a breath anywhere in the Hall before the audience broke out in its applause.

You’ll get much more than your money’s worth

And most astonishing of all? The ticket price for this was only $35. All of which means that next time the Musician Project Orchestra plays, you’ve no excuse to not go along. If this concert is anything to go by, you’ll get much more than your money’s worth. 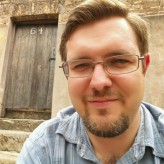 One year Matthew spent his tax return on a box set of Mahler symphonies. After hearing the Mahler 2, he decided that if a day ever came when you couldn't hear this music live, it would be a tragedy. He left the private sector, and has worked in the classical music industry ever since.