I have listened to Tamara Anna Cislowska’s playing for more than twenty years, and have enjoyed hearing her performances on radio, in concert, on her many compact discs which we possess, and lately, also on Spotify and Youtube.

She is a convincing interpreter of the great composers for the piano, and has also been a tireless promoter of the many terrific works by Australian composers.

Tamara’s recordings are always complemented by attractively produced booklets, filled with pertinent information about the music she is performing.

PETER SCULTHORPE: Complete works for solo piano, continues this great tradition. This latest 2 CD set is accompanied by a package which captures your interest with Eric Smith’s 1982 painting of Sculthorpe, articles about Sculthorpe’s piano oeuvre, Cislowska’s amazing career, and, the works themselves.

There is a fascinating article on the opening page of the booklet by Tamara Anna herself, which lets us in on her more than twenty year association with Sculthorpe, from her performance of his piano concerto as a fourteen year old. Tamara’s long association with the composer gives her recording of his complete piano works credibility. You can hear how she is completely at home with the music.

The album features recordings of pieces composed from the age of fifteen, and finishes with his suite of five pieces, Riverina (Gundyarri Wagga Wagga) of 2011.

The set includes ten pieces that have not been heard or recorded previously. Sculthorpe himself did not have copies of some of the scores, which were accessed from various Australian and even international sources.

The Nocturne known as Seascape, written in 1948, shows the influence of Debussy, with its gorgeous 9th chords and melodic fragments in 3rds.

The familiar Sonatina is one of Tamara’s favourites, and the first piece of Sculthorpe’s which she learnt. There is great sensitivity in her interpretation of this piece, including her exciting playing of the lively last movement.

One of the most recent pieces in the set is Song for a Penny, which has been chosen by the Australian Music Examinations Board for Piano For Leisure students to play. Tamara’s performance brings out its subtleties of this work intended to remind us of travelling fairs, carnival life, and a song from a jukebox for the price of a penny.

Lovers of Australian music will be richly rewarded by this beautifully presented, definitive collection of Peter Sculthorpe’s piano music. 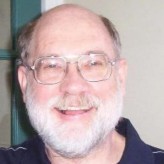