The Australian Chamber Orchestra (ACO) launched its inaugural 2021 digital season of StudioCasts with Rapture and Revolution, a unique and immersive multi-sensory concert experience. While the ACO has long been known to push the boundaries of traditional classical music performance, their ability to make classical music accessible to modern audiences through innovative experience is none more relevant than now, in an unprecedented time of live-performance restrictions and social-distancing measures. Their series of concert films combine captivating performances with cinematography, offering audiences an intimate experience of the music in the comfort of their own home.

The Sydney Centennial Hall provided an opulent backdrop for Rapture and Revolution, with its high ceilings, ornate walls and interior decoration. The splendour of the venue and its resonant acoustics were captured in this concert film, with stage lights thoughtfully positioned to gently illuminate the players. The orchestra began with a dynamic climb of repeated tremolos played with impeccable unity in the opening bars of Schubert’s Quattetsatz String Quartet No. 12 in C minor, arranged for chamber orchestra by the Artistic Director and Lead Violin, Richard Tognetti. The broad, lyrical melodic phrases of the Quattetsatz were elegantly shaped and sustained by the players, adeptly interspersed with striking scalic runs beginning in the lower registers. The acoustics of the Centennial Hall were particularly noticeable in accentuating the ethereal tonal quality of the strings playing in the higher registers.

In a seamless transition between the works, the camera continued to pan across the orchestra as Tognetti took centre stage with the exquisite violin solo of a timeless audience favourite—The Lark Ascending by Vaughan Williams. Accompanied by lavish and expansive orchestral harmonies, Tognetti performed the soaring pentatonic song of the skylark with effortless expressive nuance, capturing the beautiful pastoral imagery of the English poem that the work was inspired by.

Beethoven’s Cavatina— the fifth movement of Beethoven’s String Quartet No. 13 in B-flat major—followed in a similar style of perennial popularity, emotive depth and lyrical profundity. Performed with dynamic sensitivity and shaping of phrases, the orchestra encapsulated the poignant lyricism of the movement. Taking the final G note of the Cavatina, the orchestra then exploded into the opening octave passage of Beethoven’s Grosse Fuge with fiery passion. The fugue was dramatic, performed with relentless intensity and virtuosic flair as the overlapping melodic lines and jagged leaps were juxtaposed with lighter momentary passages of relief.

As a digital alternative to a live concert experience, Rapture and Revolution will no doubt leave audiences in want of more.

“ACO StudioCasts is a season of eight high quality, online concert films, accompanied by premium content featuring Richard Tognetti, the Orchestra and special guests to enhance your understanding and appreciation of the music and the ACO.” Read more here 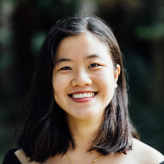 Chai Jie is a pianist, researcher and music tutor at the Melbourne Conservatorium of Music. She spends most of her time between Melbourne and Brisbane as an avid soloist, teacher, and repetiteur. Chai Jie is a keen concert-goer, enjoys performing and listening to a diverse range of genres, particularly music from the Romantic era. Away from the piano, she is an arts administrator and transcriber.