Warning: this is not a professional review lauding the technical aspects of the opera — rather an opinion piece from the viewpoint of an opera first timer.

I recently had my opera cherry popped when I had the pleasure of attending the opening night of Pinchgut Opera’s production of Giasone by Francesco Cavalli.

All I can say is thank the Lord above that I had the fortune to attend with someone who was familiar with opera etiquette. Let me tell you: it was an education.

To give you a little perspective the last musical performance I attended was a standing/moshing room only event held by Nu-Metal band Limp Bizkit — a far cry from the hallowed halls of the City Recital Hall in Angel Place. For starters, there was less leather and studs, but that’s not to say I wasn’t blown away by the power and passion of the performers in Giasone.

My interest was captured immediately by watching the baroque orchestra tuning their instruments on what I later learned were catgut strings. Great to see cats being used in other ways — what versatile animals.

Soon after, conductor Erin Helyard made his appearance, and what a delightfully energetic fellow he is! His ducking, weaving and whole hearted involvement was infectious, reminding me of the cheeky fairy Puck from Shakespeare’s A Mid Summers Night’s Dream. I do believe that conducting an orchestra is a like a kind of hypnotic interpretive dance.

The first scene of the opera lived up to my expectations — lots of partially clothed men. Though I do wish that someone had explained to me before what a countertenor was. I was startled and astonished at performer David Hansen’s (Giasone) voice. I’ve never heard a male soprano before and was blown away at the power of his upper register. It really was incredible to listen too.

I am an avid music fan — but most of the concerts I attend have some level of amplification. What most impressed me about all the singers was their ability to project their voices the way they do — what kind of sorcery is that?!

The first half of the opera how gave me the opportunity to become accustomed to the language, characters and plot, and I was definitely caught up in the narrative by part two. I was pleasantly surprised to learn that seventeenth-century sensibilities are rather aligned with our own — we’re still suckers for a one man, two women intrigue. Back in the day (and I mean way back) Cavalli’s Giasone was the most popular show in town — similar to modern day One Direction concert but way more gangster.

And I can understand why. Celeste Lazarenko’s Medea was the quintessential scorpion woman, and the tragic nobility of Miriam Allan’s Isifile, the perfect foil. I was suitably impressed by David Greco, but Christopher Saunders’ ability to stutter while singing opera in Italian was no mean feat. Even though it’s been 400 years or so since the opera was first performed, the comedy and emotion of the piece was still relevant.

I have found it difficult to ‘review’ the members of the ensemble cast and orchestra, because my ears were telling me they all sounded amazing. I think the whole audience was swept away in the final scenes where the performers opened up. Isifile’s aria at the end was definitely my pretty woman opera moment; it really was heart wrenchingly lovely.

For readers who have yet to attend an opera I will give this advice — go and see an opera. But remember, this is a classic art form and there are customs to uphold even for the audience. This is not a blue light disco, so no speaking (literally, the crowd was so silent I could hear the people in the front row digesting dinner) and Merlin’s Beard: don’t clap unless everyone else is!

Find out more about Pinchgut Opera 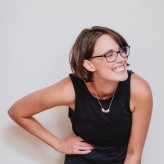 Heather is an avid music lover of all styles. While a newbie to the classical music scene, when she's not playing mum or moonlighting as a virtual assistant, she can be seen around Sydney town watching alternative acts and taking in the ambience of the city. She is also fiendish pop culture blogger.

Of Birds and Angels - The Song Company in Canberra