Where unaccompanied song and chamber music share tonal purity is in their freedom from the constrictions of well-tempered instruments such as pianos and fretted instruments. And it is the pure harmonies of this six-voice Song Company that is the mesmerising. Roland Peelman—the director and conductor of the sextet—synergises the group to provide some truly unique performances. This is my first time at a Song Company concert and I was very happily surprised by the overall quality of the experience; the music, the choice of songs and the overall performance.

The well-researched program for this Fire of Love concert provided generous translations of every song on the menu—allowing the audience to be transported across time and continents into the love chambers of composers such Luca Marenzio from 16th century Italy, to Belgian chanson-singer Jacques Brel. There were songs of lust, pinning, foreplay and seduction in the first half, followed by songs of platonic love and the love of old friends in the second.

The full experience was breathtaking, starting with the evocative red dresses of the three female singers, the subtle light and mood changes of the background stage, the use of untuned percussion and the backstage singing of the Mongolian folksong Oriole.

Hearing the Thomas Morley song I Goe Before My Darling as a soprano and alto duet, brought me to the high tingle quotient zone within the first 10 minutes. But it was the Marenzio madrigals Baci Soavi e Care—based on a poem of Guarini—that provided the main meal for the first half. This was the only song to be formally introduced by the Peelman, who warned us that it went for 15 minutes. The cycle contains songs of foreplay, intercourse, climax, afterplay and philosophical wrap-up. Within the performance, the subtleties of each stage were delicately woven into the dynamics. It was probably a good thing that lyrics such as ‘oh dear don’t look at the mess’ were not immediately understood in Italian as it may have taken from swoon of the song set.

Of the more modern songs, my favourite was Cronin’s Reminder based on the poem by Goodfellow, The dissonance in the chords beautifully supported SMS-type phrases such as ‘we both left so much unsaid’ and ‘I still can’t escape you’.

Another definite highlight was the Carmina Burana love song Ich Was Ein Hint So Wolgetan which was executed in superb conversational style between the male and female voices and supported with long gentle whistling tones and untuned percussion such as a light drum and off beat clapping. The fact that this baudy song is one of many that were transcribed from folksongs circa 1230 AD, does give us a sense that—as the program notes states—’love is eternal’. 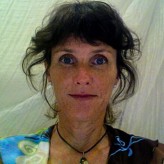 Ensemble Vinifera: And the ship sailed on…