The Lennox Theatre at Riverside Parramatta last Sunday was the setting for my first encounter with the music of Paul Cutlan, improvising reed player and genre-bending composer/arranger. At once lyrical yet rhythmically vibrant, conjuring a host of familiar references but fully original, his music consistently treads a tightrope between jazz and contemporary classical music – yet even the most dogmatic adherent to either camp would be sure to leave curiously satiated.

His writing for strings seems particularly effective in that within a couple of bars he can mould them from delivering slender polyrhythmic punctuation to providing lush orchestral textures. The wise choice of filling the double bass chair with a bona fide jazzer such as Brett Hirst, along with pianist Gary Daley, means the group can almost imperceptibly flit between “serious” classical ensemble and genuine jazz outfit.

The opening number ‘Living’, characterised by a 5-against-4 polyrhythmic groove, was an excellent example of this, with plenty of jazz-flavoured dialogue between Hirst, Cutlan on bass clarinet, and the string group, yet retaining that sense of filmic freshness.

Sydney jazz composer Jenna Cave’s ode to motherhood ’Sleep in my Arms’, replete with vocalised shushings and knee taps from 1st violinist Liisa Pallandi, was a vehicle for Cutlan’s gentle clarinet improvisations, while a tapestry of held notes in the upper strings seemed to suggest the security of a quilted blanket.

The late Jan Rutherford’s ‘Thanks for the Espresso’ and Gary Daley’s ‘Middle of the Moment’ delivered some of the more expressly jazz-styled improvisation of the concert. With both works featuring Cutlan on soprano sax and the strings once again playing an integral role, I was reminded of Wayne Shorter’s more recent work on Alegría and other albums, which is something to celebrate.  In keeping with the latter work’s theme of being absorbed in a particular time and place, Daley’s piece had the added novelty of featuring the sounds of commuters at Venice’s Santa Luzia train station, recorded by the composer with his phone. Having lived near that part of the world myself for quite a while, it was a somewhat poignant experience to hear those sounds again, given the lingering travel restrictions we still face here.

The central work of the afternoon, ‘The Eleventh Hour’, Cutlan’s multipartite evocation of the horrors of WWI, was predictably the most serious in tone and ambitious in scope, close to 30 minutes in duration. Alternately brooding and impassioned, violent and redemptive, there were seemingly endless references to 20th-century musical luminaries – Bartok, Shostakovich, Britten, Stravinsky, Penderecki, the list could go on.

The biggest heroes of the work proved to be the string section, who were unrelentingly called upon to deliver page after page of plaintive gloom, vicious savagery and religious zeal. At one point violist James Eccles attacked his instrument so ferociously that he became enshrouded in a cloud of his own rosin dust, a possibly coincidental allusion to the poison gas which defined the early years of the war.

Despite the serious nature of the music, I couldn’t help but smile when, at the conclusion of the most violent section of the piece, each string player had to frantically yank off multiple bow hairs before proceeding with the next part. Nonetheless, the most inspired effect was The Last Post played on bass harmonics, emerging from an eerie haze of other string harmonics, before dispersing into the ether.

The afternoon concluded with an exquisite arrangement of John Coltrane’s ‘After the Rain’, with beautiful solo work from cellist Oliver Miller, sending us all out into the languid Parramatta sun where, appropriately enough, it had just finished raining. 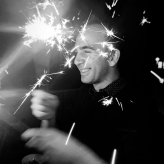 This concert is live streamed on Melbourne Digital Concert Hall For this opening gala for the series MDCH are thrilled to broadcast and support some very special Sydney musicians including Gerard Willems, Roland Peelman, Maija Kovalevska, The Marais Project and Russell Harcourt, who will perform a stunning gala programme live from the Concourse Theatre Concert…

Roy Theaker and Kalina Krusteva will thrill you with the exciting Brahms Double Concerto. This was the composer's last work for orchestra and it was written for cellist Robert Hausmann, a frequent chamber music collaborator, and Brahms' estranged friend, the violinist Joseph Joachim. Joachim was one of the greatest violinists of all time and the…

THE MAGIC FLUTE, one of the greatest operas ever written, will be presented by young artists from Pacific Opera with Willoughby Symphony Orchestra. Mozart’s timeless classic leads the search for truth and justice, love and enlightenment. Be enthralled by the adventures of Prince Tamino and the bird-catcher Papageno on their quest to rescue Princess Pamina.…

THE MAGIC FLUTE, one of the greatest operas ever written, will be presented by young artists from Pacific Opera with Willoughby Symphony Orchestra. Mozart’s timeless classic leads the search for truth and justice, love and enlightenment. Be enthralled by the adventures of Prince Tamino and the bird-catcher Papageno on their quest to rescue Princess Pamina.…

This concert is live streamed on Melbourne Digital Concert Hall On Saturday evening harpist Emily Granger combines with winner of the Adelaide International Guitar Competition, Andrew Blanch, to present a first half of exquisite duos - including the premiere of a new work by Elena Kats-Chernin. The second half combines the dynamic pairing of Simon…

This concert is live streamed on Melbourne Digital Concert Hall Live studio audience tickets are also available Chris returns to the stage with Hoang Pham, with whom he has been performing since high school. Known for their intimate and unique interpretations together, Hoang and Chris will perform the much loved E minor sonata plus a…

NOTICE: Due to the current COVID lockdown order from the NSW Government and subsequent border closures, Selby & Friends deeply regrets they must cancel this concert. Full information here. This program presents the work of three fascinating composers whose impact was both profound and long-lasting. Whilst they experienced the world at very much the same…

This concert is live streamed on Melbourne Digital Concert Hall Anna Fraser and Roland Peelman AM combine for an early masterpiece of Viennese expressionism - Schönberg’s seminal song cycle about love set in the imagined world of Babylon. In the second half of the concert Ensemble Offspring perform otherworldly music for flower pots, waterphone, handheld…