A heady mixture of musical traditions

William Barton’s latest album, Birdsong at Dusk (ABC Classics), immerses the listener in a heady mixture of musical traditions. Recorded last year in Brisbane for ABC Classic FM’s Sunday Live, the album showcases Barton’s talent as a performer-composer, demonstrating his unique ability to blend elements of ancient didgeridoo tradition with modern classical music, folk and popular music. Barton is joined on this album by the Kurilpa String Quartet as well as John Rodgers on violin and Delmae Barton, William Barton’s mother, on vocals.

The title track, Birdsong at Dusk, opens the album with a haunting chant, Barton’s single vocal line suspended over a sustained cello drone. Barton describes his inspiration for this piece in the liner notes:

“The waves of the ocean were floating upon the sand while the birds were singing their song. With a piano close to the verandah, I began to write: overlooking the inlet on a low tide, the sun drifting to meet the sky, I listened to the birdsong at dusk.”

The Kurilpa String Quartet features heavily in this piece, their performance both expansive and meditative, before they are ultimately joined by the didgeridoo to reach a powerful climax, as if the birdsong has reached a heightened fervour with the fall of night.

What follows is a continuation of this exploration of interplay between ancient and modern sounds and musical styles. Improvisation, which features all of the artists on this album, also opens with cello and voice, before becoming freer and more communal, reminiscent of a jam session. Petrichore, for didgeridoo and string quartet, is named for the distinctive, rich aroma that emanates from the ground when rain falls after an extended period of dry weather. 7/8 Not Too Late is a percussive, and at times frenetic, didgeridoo solo that incorporates elements of beatboxing, while Dreamtime Duet is a poignant duet between Delmae Barton on vocals and her son on didgeridoo. The final track, Didge Fusion, begins with an improvisatory violin passage from Rodgers, before Barton joins on guitar. Following this reflective introduction, the energy builds, Barton adding vocals while the violin provides a melody that swings between exotic dissonance and folk-fiddle energy. Guitar and didgeridoo drive the rhythm forward, Barton using both quite percussively at times.

Birdsong at Dusk is a fascinating exploration of the sonic possibilities created by combining didgeridoo with classical instruments. Barton’s virtuosity, flexibility and skillful exploitation of texture and rhythm, make this album a stimulating and enjoyable listening experience. 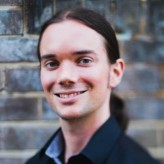