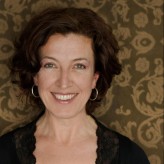 Alison Morgan is a soprano & co-director of new music ensemble Halcyon, specialising in performing & commissioning new vocal chamber music. She often finds herself in brain-frying situations musically, but she mostly remains calm, and has done throughout a twenty year career singing virtuosic musical scores. With co-director Jenny Duck-Chong, Alison looks forward to celebrating Halcyon's 15th anniversary in 2013, with a series of concerts to honour their commissioned composers & of course a party at which there may be some singing!

Our first rehearsal with both string quartet and vocal quartet was at the home of Lisa and Stefan, where an hour or so through an impressive first attempt at Graham Hair’s Octet, we experienced a total black out for 30…