Highland ceilidh, Regency quadrilles and Victorian parlour songs, the Evergreen Ensemble and partners’ programme, Curious Caledonians, draws on the collections of songbooks and sheet music housed in the Sydney Living Museums and the State Library of NSW. They were handwritten copies brought by Scottish immigrants to Australia.

The magnificent Elizabeth Bay House made an apt venue for this concert – these pieces were written for settings such as this hall with its high ceiling spanning three stories and imposing staircase. The concert opened with a piece known as Miss Susanna Baird’s Reel/Miss Johnston’s Reel – with the fiddles setting the tone for the whole concert. The ensemble expanded to include Celtic harp and fortepiano (early piano).

Allegra Giagu sang beautiful renditions of parlour songs such as the Queen of France’s Lamentations, Laddie, Oh! Leave Me and On the Banks of the Clyde. Her deep voice coupled with ornamentations on the verses reverberated beautifully in the high-ceilinged hall. Claire Patti, who doubled as the Celtic harper sang old Gaelic favourites: Morag and Black Mary with expressivity and sensitivity.

Among the performers were historical performance experts David McGuinness and Neal Peres Da Costa on the fortepiano. Their duet, The Blue Bell of Scotland which opened the second half was one of the highlights for me. Written by composer Thomas Butler for young ladies, it required dexterity and superb coordination between the two players. McGuinness was of the opinion that the composition was unnecessarily competitive as the ladies were set against each other. Yet the duo played extremely well.

The majority of the programme consisted of dance music, the staple of home entertainment of those times. Among the pieces chosen were dances such as the Blackbird’s Waltz, the amusing ditty Hit Her on the Bum and Jane Austen-esque country dances such as the Hen’s March, a favourite of Sir George Murray, and the Duke of Wellington.

One piece stood out for me: a battle tune called the Horseman’s Port which tells the story of a soldier through the strings. The tempo created blood-stirring effect as he marched, and there was audible foot tapping from one of the players. Col legno, namely the use of the wood of the bow of a stringed instrument to strike the strings, reproduced the galloping horse effect. The tempo slowed and picked up, simple devices that depicted weariness and the sense that the horseman went to war out of loyalty, rather than love of conflict.

Dances were embedded throughout the programme. The pieces often had relentless tempo, simple and yet precise melodic lines which were played in unison – by the violins and in the piano duet. Measure and rhythm were something physical rather than just a concept.

Evergreen’s blend of folk and fine music was apparent – a lot of these folk tunes were played by the instruments of the time: string quartet, fortepiano and Celtic harp.

As Allegra Giagu sang the encore: The Highlander Immigrant’s Wife, I tried to think why this music was so fascinating. For one thing, they transported me back to the world of Jane Austen and early Australian homesteads. But moreover, this music was part of their identity.

Curious Caledonians is being recorded by Evergreen Ensemble in partnership with the ABC and will be released later this year. Some of the manuscripts will form part of Sydney Living Museum’s exhibition: Songs of Home, which will open on August 10. 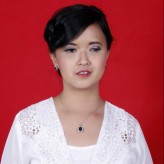