I haven’t been to the Opera House since my older sister (now 29) played there for her piano recital when she was 7 or 8. It’s been a while.

Flinders Quartet (2 violins, a viola and a cello) played three pieces – by Haydn (pronounced high-din, but I’ll probably never stop calling him Haydn), Shostakovich, and Dvorak (which, incidentally, shares the last name of designer of the Dvorak computer keyboard).

There’s something nice about string instruments when played in unison. I’m of the belief they sound so nice because they sound so terrible when first being learned. I know first-hand because my older sister started learning violin when I was about 5 years old and the screeching memory is still implanted in my brain.

However, mastering the instrument is a great thing (just perhaps not for siblings) – Haydn’s String Quartet Op. 77, No. 1 in G major was a lovely blend of equal parts strings for which I am thoroughly grateful that each of the members of the quartet decided to learn their chosen instrument.

The next piece was by Shostakovich. Apparently there’s a backstory for his String Quartet No. 7 in F sharp minor, Op. 108. Shostakovich dedicated this piece to his deceased wife. It’s a painful piece, with slightly-off harmonies that try to express that raw, heart-wrenching pain. Although I didn’t particularly enjoy listening to this piece, my rating is the highest out of all three pieces played.

The last piece was Dvorak’s String Quartet Op. 96 in F major (American). Another great performance, but be warned – the third movement has an annoying melody which Dvorak apparently copied from a songbird during his stay in America. I was whistling the tune all the way home. I finally got it out of my head by humming Minuet 1 in G major by Bach (another catchy, but bearable tune that I will now use in order to forget all songbird inspired quartets). 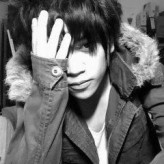 Cyrus learned piano when he was younger and has since always enjoyed a good classical piano piece. He spends his free time playing League of Legends, watching anime, j-drama, and discovering food haunts (and going to concerts!)