On Tuesday 17th July, I went to the Musica Viva Coffee Concert at the Independent Theatre in North Sydney. The Goldner String Quartet are playing all of the Coffee Concert Series this year. For this performance two of the Quartet’s members played; the cellist Julian Smiles and the violinist Dimity Hall. Julian performed the Bach Cello Suite No. 3. and then Dimity joined him for the Duo by Zoltan Kodaly.

Julian gave us a short talk in between the pieces, taking the time to express his feelings about the Bach piece. He explained how this 300 year-old work is open to interpretation, as there is no accepted version of the score (no original Bach manuscripts have survived) and the surviving scores lack marks and placement of slurs. This piece can be played in so many different ways! Julian has been playing this piece for so long and has recorded it hundreds of times, but he feels that each time it is somehow new again. As he knows it off-by-heart, it is really breathtaking to see him play for 25 minutes completely immersed in the music. Seeing him was almost as good as listening to him.

” Unlike a painting which is tied up to a precise period, music lives through centuries thanks to musicians. Because of their interpretations, music is never contained in a rigid frame, it’s a alive! This is why I love music so much” he said.

I didn’t know the Kodaly piece and it was a great discovery for me. Some tunes were like folk music and others like children’s songs. The two players answered to each other very softly and everyone in the audience was part of this musical conversation between them, it was so intimate. Julian believes that when you listen to this piece, it may suggest at first something light-hearted and cheery but it is actually always filled with dramatic tension.

I felt so close to the artists, it was the sort of concert where you feel as if they are performing just for you. It was a wonderful opportunity to see up-close these two brilliant international musicians who happen to be partners in marriage as well as in music. This is also the kind of concert where you connect with all your senses, hearing of course, eyesight but also taste and sense of smell with the coffee and fabulous cakes before the concert!

Listen and Enjoy:
Bach Cello Suite No. 3 played by Mischa Maisky
Kodaly Duo for Violin and Cello by Kurt Nikkanen and Daniel Gaisford 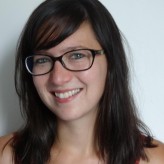 'Outback Adventures' with the Enigma Quartet