As a winter wind whipped through Brisbane swirling leaves and dust, Saint Mary’s Anglican Church in Kangaroo Point provided a serene backdrop to a charming performance by Soirées Musicales Quintette.

The 145-year-old stonework of St Mary’s enhanced the warmth and character of the Sunday recital. (One drawback being a sore back from the less-than-comfortable pews – a bearable sacrifice.)

The program neatly reflected the ensemble’s name, centred on a series of arias and duets from a collection by Gioacchino Rossini called Soirée Musicales (musical evenings), and two piano solos by Clara Wieck-Schumann from a set with the same title. Other pieces included Haydn partsongs, Italian songs by Beethoven and four Notturnos by under-the-radar German composer Heinrich Herzogenberg.

Opening with three Haydn partsongs sung in a quartet, the ensemble demonstrated their skilful combined musicality and professional presence. The highlight of this set was the sinuous counterpoint in Abendlied Zu Gott (Evening hymn).

The lyrical qualities of Schubert were expressed with warmth and impressive control by soprano Rachel Griffin in Vier Canzonen, songs in Italian covering themes of love, passion and death. Non t’accostar all’urna (Do not approach the urn) was told from the bleak perspective of a deceased protagonist dismissing the tears and flowers of a lover who hadn’t given comfort in life. The remaining three Schubert songs took a more uplifting poetic look at love, with Guarda, che bianca luna (Look at the white moon), Da quel sembiante appresi (From the countenance I learned) and the beautifully plaintive Mio ben ricordati (Remember, my beloved).

A selection of highlights from Rossini’s Soirées Musicales, delivered operatic flair in La promessa (The promise), while La pesca (Fishing) combined the voices of the two sopranos to great effect, Annie Lower sending powerful high notes soaring to the vaulted ceiling. Perhaps the best known of the Rossini pieces, La danza (The dance) was written as a patter song, with a fast, rhythmic tempo. A key to mastering such pieces is the ability to emphasise the distinction between the galloping musical notes and syllables of the text. Mattias Lower showed consummate concentration in tackling the Italian tongue twister, although at times the piano accompaniment overshadowed the lyrics.

Amidst the Rossini set, the talented accompanist Peter Roennfeldt dropped in two of Clara Wieck-Schumann’s delightful piano solos from her Soirées Musicales – the lively Toccatina and jaunty Polonaise, which referenced Chopin.

Before this performance I hadn’t heard of Heinrich von Herzogenberg. His Four Notturnos were among the most moving and lyrical pieces in the program, full of harmonic beauty and rich passages. Wie schön hier zu vertraumen die Nacht (How beautiful to dream away the night) clearly showed the composer’s close affinity to Brahms. I look forward to hearing more by this relatively unknown composer – especially if performed by an ensemble as competent and harmonious as Soirées Musicales Quintette.

The recital ended with a lively, brief Schubert encore, Lebenslust, followed by Reverend Canon Gary Harch warmly inviting the audience to the terrace of Saint Mary’s rectory (on the lee side of the house) to enjoy supper and meet the performers – the perfect end to a memorable soirées musicales. 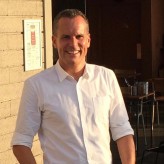