Home » News, insights & Ambassador thoughts » Twilight Musical Dialogues’ “Musical Kin – Husband and Wife” was a musical festivity of family in all its incarnations

The concert started with the Mozarts. First was Wolfgang Amadeus Mozart’s Sonata in C major K. 14, Allegro, played by Walker and Leske. Delivered with a grace and classical neatness from both players, this was an ideal entry-point into the concert. Second was an Allegro from W.A Mozart’s father Leopold Mozart’s, Notenbuch für Nannerl. It was noted there is reason to rethink the exclusive authorship of this piece, as perhaps Maria Anna Walburga Ignatia Mozart, Leopold’s daughter and Wolfgang’s sister, had a contribution to it. The knowledge that none of Nannerl Mozart’s compositions remain is enough to sustain poignancy, founded on historical gender inequality. Musical prodigiousness may very well be genetic.

Celebrated Australian Singer/Songwriter Ami Williamson (who is the spouse of Clemens Leske and daughter of John Williamson) performed some of her songs in the program. Firstly, Don’t Grow up So Fast; a comedic and heart-warming meditation of watching children take their life course. Her velvety voice, gentle guitar playing and quirky oration endorsed a consequential connection with the audience.

The Mendelssohns were the next featured musical clan, namely siblings Fanny and Felix. The two siblings, like the Mozarts, demonstrated extraordinary musical capability and had a life-long reciprocity of one another’s musical endeavours. Sehnsucht Op. 9/7 by Fanny Mendelssohn was performed by Walker and Leske, with an exquisite pathos which almost summoned the geist of Fanny’s musical sagacity into the ether. Also in this segment of the concert was Felix Mendelssohn’s Songs without Words Op. 62/6, a quaint and harmonically colourful work performed with a sophisticated light-heartedness by Leske.

Williamson then performed another of her songs; The Mother-in-law song. Delivered with panache and justified irreverence, this humorous and sophisticated song had the audience in paroxysms of laughter.

The marriage of Robert and Clara Schumann was the next featured segment on the program. The love Robert Schumann had for Clara was said to be of unbridled intensity. The first piece was Clara’s Warum willst du and’re fragen, which was performed by Walker and Leske with longing and tenderness. Robert Schumann’s Fantasiestücke Op 73/1 was the succeeding item, delineated with a steady momentum that captured the impassioned love between the Schumanns.

The featured young artist of this concert was Saxophonist Naomi Blanch. Blanch, accompanied by Leske on piano and Alexander Quayle on percussion, performed Carla Bley’s Egyptian, arranged by Terence Koo. This performance, which was a demonstration of how invigorating music can arise from a romantic union (albeit, Carla Bley and Paul Bley are no longer married). Blanch delivered the exotic tonal and rhythmic passages of this piece with sureness and élan – she is a most promising emerging saxophonist.

Williamson’s final song on the program was entitled The Soldier’s Wife. Williamson stated before this performance, that she had travelled to Iraq and Afghanistan to perform for the Australian troops, witnessing first-hand the yearning that distance creates when one is separated from one’s family. Complete with a harmonica, keyboard and vocals, Williamson performed this ballad with tenderness, integrity and sensitivity.

The final familial celebration was of the Bachs. Walker and Leske formed a sonata from three members of the Bach family – Flute Sonata in E minor BR WFB b 17 Allegro ma non tano by Wilhelm Friedemann Bach, Flute Sonata in Eb Major BWV1031, Siciliano by Johann Sebastian Bach and Concerto in D minor Wq. 22, Allegro di molto by Carl Philipp Emanuel Bach. This interesting concoction of Bach repertoire, played by Walker and Leske with sensitivity, tightness, apotheosis and impressive virtuosity, brought the concert to a thrilling conclusion. As an encore, Williamson performed her song John’s Daughter; a facetious and yet affecting song about her being recognised as John Williamson’s daughter. 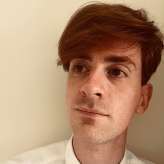 Joseph attained his Bachelor of Music in 2015 from the University of Newcastle, which culminated in him completing an Honours thesis which focused on the interplay between ‘Music and Zeitgeist’. Joseph has received piano tutelage from esteemed Australian pianists, and has spent time at the San Francisco Conservatory of Music. This August, he will study piano at the 'Music at Chateau d’Aix' advanced Summer School in France. Joseph is a passionate teacher, having obtained a Masters of Teaching with Distinction (Secondary) in 2017 from the University of Newcastle. He teaches piano and flute privately and enjoys a busy schedule as a high school music teacher.

Thoroughbass's Toybox is sure to entrance young & old alike